You will find your credentials inside the first order confirmation email.

2014 is the year when the impleCode project came to life. The website started in March with a couple of pages about eCommerce Product Catalog plugin.

eCommerce Product Catalog was released in January. It was my first WordPress plugin released to the public repository for free and it remains the only one. Before releasing to the public I was using it on client websites. In fact I uploaded it to the WordPress repository just to see what will happen. I was really surprised when it hit 2500 downloads in the first month.

I also got a couple of custom coding request during the first month. Mostly from web developers but also from companies trying to implement a product catalog on their website.

This is now transforming from a small side project to a solid business for me.

It would be never possible without your continuous support. Thank you for that!

The website from the first month was getting some traffic (more than 4000 views) mostly from eCommerce Product Catalog listing on WordPress.org. I was stunned to see such amount of traffic for a completely new website. Since then it is growing continuously with more diverse sources (search engines, websites and direct entries). It now reach more than 14000 views. The major boost happened in October when it increased from 9000 views to 13000 views. This is when eCommerce Product Catalog demo was introduced.

The search engine traffic is steadily increasing (I do my best with SEO). The plugin has also got some good reviews on some blogs, websites and WordPress.org.

eCommerce Product Catalog was downloaded more than 45000 times. I never expected this comming. I suppose this is because I actually was improving the plugin on a weekly basis, adding new features and fixes.

I was really happy to see eCommerce Product Catalog mentioned on Search Engine Journal and on ManageWP blog on top 10 free WordPress plugins in March.

In fact this is my goal for 2015 to get more reviews for eCommerce Product Catalog. It got 5 reviews on WordPress.org (all of them 5 star) but I feel that more feedback would make it even better for many people.

Thanks for the feedback!

The extensions base is growing rapidly. There were 15 extensions for eCommerce Product Catalog released in 2014 and 4 in development. I am planning to continue extensions development as I received plenty of emails with extensions request and a positive feedback about those already available.

I also add more features to those already available. This is based on feedback and features requests.

I am planning to release even more extensions and some product catalog themes in 2015.

The custom coding jobs is what gives me a lot of satisfaction. It is really great to work with clients around the World. This part of impleCode project is what I like the most.

I developed over a dozen custom extensions mostly for customers from Europe. Good feedback encourages me to provide this services on a daily basis.

The most important thing that I learned during this year is the more you give the more you will get back. Off course I new it before but thanks to this project I could test it widely.

For example on the beginning when somebody reached me directly by email with a support request I was reffering him to the WordPress support forum (normally the email support service is available only to impleCode customers). But since I actually started to respond to such emails (when I was not to busy with another work) I noticed a slight boost in extensions sales.

Second example is connected with custom extensions jobs. In the begining I was really stubborn to provide only those features that were mentioned in the agreement. Such approach seems to be logical and fair but since I started to add some free features the more happy clients and good feedback I had. I simply didn’t waste time to argue what was included and what wasn’t.

This is how the World works and being too strict will never make any project succesfull.

2014 was the best year in my business carrier, however impleCode project was my biggest surprise. I never expected that it will be increasing so fast. What is more it gives me a lot of satisfaction.

I realize that this project is completely based on your satisfaction. It wouldn’t be possible to continue it without your support. Please tell me what would you like to see on impleCode? Where we should be heading in your opinion? If there is something that you are unhappy with, please tell me as well.

See how the extensions can boost eCommerce Product Catalog in just a few seconds making it even more outstanding. 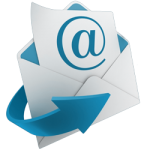 Get the work done faster with our support team on your demand! Now Pre...
Check It Out!

Catalog Docs
This site uses cookies in order for our service to work better. Learn more